Skip to main content
November 04, 2018
Health is wealth check it out hereHealth  and safety
Health and fitness
HERE ARE TIPS ON FRUIT VEGETABLES 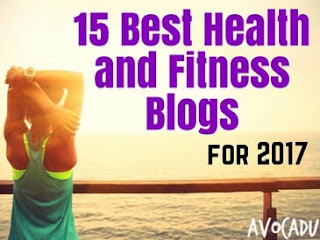 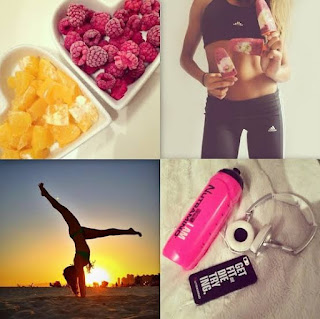 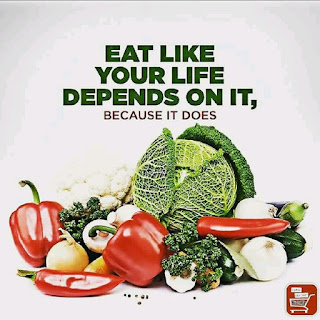 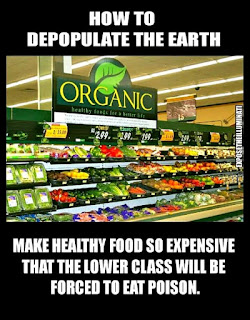 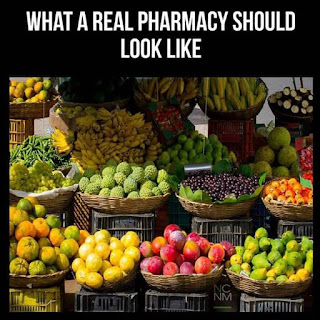 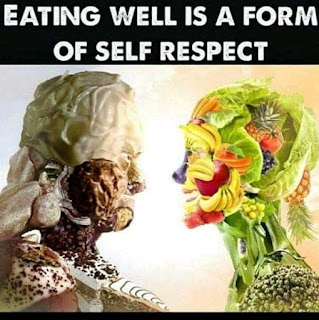 There is compelling evidence that a diet rich in fruits and vegetables can lower the risk of heart disease and stroke.

A meta-analysis of cohort studies following 469,551 participants found that a higher intake of fruits and vegetables is associated with a reduced risk of death from cardiovascular disease, with an average reduction in risk of 4% for each additional serving per day of fruit and vegetables. [2]
The largest and longest study to date, done as part of the Harvard-based Nurses’ Health Study and Health Professionals Follow-up Study, included almost 110,000 men and women whose health and dietary habits were followed for 14 years.
The higher the average daily intake of fruits and vegetables, the lower the chances of developing cardiovascular disease. Compared with those in the lowest category of fruit and vegetable intake (less than 1.5 servings a day), those who averaged 8 or more servings a day were 30% less likely to have had a heart attack or stroke. [3]
Although all fruits and vegetables likely contributed to this benefit, green leafy vegetables, such as lettuce, spinach, Swiss chard, and mustard greens, were most strongly associated with decreased risk of cardiovascular disease. Cruciferous vegetables such as broccoli, cauliflower, cabbage, Brussels sprouts, bok choy, and kale; and citrus fruits such as oranges, lemons, limes, and grapefruit (and their juices) also made important contributions. [3]
When researchers combined findings from the Harvard studies with several other long-term studies in the U.S. and Europe, and looked at coronary heart disease and stroke separately, they found a similar protective effect: Individuals who ate more than 5 servings of fruits and vegetables per day had roughly a 20% lower risk of coronary heart disease [4] and stroke, [5] compared with individuals who ate less than 3 servings per day.

The Dietary Approaches to Stop Hypertension (DASH) study[6] examined the effect on blood pressure of a diet that was rich in fruits, vegetables, and low-fat dairy products and that restricted the amount of saturated and total fat. The researchers found that people with high blood pressure who followed this diet reduced their systolic blood pressure (the upper number of a blood pressure reading) by about 11 mm Hg and their diastolic blood pressure (the lower number) by almost 6 mm Hg—as much as medications can achieve.
A randomized trial known as the Optimal Macronutrient Intake Trial for Heart Health (OmniHeart) showed that this fruit and vegetable-rich diet lowered blood pressure even more when some of the carbohydrate was replaced with healthy unsaturated fat or protein. [7]
In 2014 a meta-analysis of clinical trials and observational studies found that consumption of a vegetarian diet was associated with lower blood pressure. [8]

Numerous early studies revealed what appeared to be a strong link between eating fruits and vegetables and protection against cancer. Unlike case-control studies, cohort studies, which follow large groups of initially healthy individuals for years, generally provide more reliable information than case-control studies because they don’t rely on information from the past. And, in general, data from cohort studies have not consistently shown that a diet rich in fruits and vegetables prevents cancer.

For example, over a 14-year period in the Nurses’ Health Study and the Health Professionals Follow-up Study, men and women with the highest intake of fruits and vegetables (8+ servings a day) were just as likely to have developed cancer as those who ate the fewest daily servings (under 1.5). [3]
A meta-analysis of cohort studies found that a higher fruit and vegetable intake did not decrease the risk of deaths from cancer. [2]

A more likely possibility is that some types of fruits and vegetables may protect against certain cancers.

A study by Farvid and colleagues followed a Nurses’ Health Study II cohort of 90,476 premenopausal women for 22 years and found that those who ate the most fruit during adolescence (about 3 servings a day) compared with those who ate the lowest intakes (0.5 servings a day) had a 25% lower risk of developing breast cancer. There was a significant reduction in breast cancer in women who had eaten higher intakes of apples, bananas, grapes, and corn during adolescence, and oranges and kale during early adulthood. No protection was found from drinking fruit juices at younger ages. [9]
Farvid and colleagues followed 90, 534 premenopausal women from the Nurses’ Health Study II over 20 years and found that higher fiber intakes during adolescence and early adulthood were associated with a reduced risk of breast cancer later in life. When comparing the highest and lowest fiber intakes from fruits and vegetables, women with the highest fruit fiber intake had a 12% reduced risk of breast cancer; those with the highest vegetable fiber intake had an 11% reduced risk. [10]
After following 182,145 women in the Nurses’ Health Study I and II for 30 years, Farvid’s team also found that women who ate more than 5.5 servings of fruits and vegetables each day (especially cruciferous and yellow/orange vegetables) had an 11% lower risk of breast cancer than those who ate 2.5 or fewer servings. Vegetable intake was strongly associated with a 15% lower risk of estrogen-receptor-negative tumors for every two additional servings of vegetables eaten daily. A higher intake of fruits and vegetables was associated with a lower risk of other aggressive tumors including HER2-enriched and basal-like tumors. [11]
A report by the World Cancer Research Fund and the American Institute for Cancer Research suggests that non-starchy vegetables—such as lettuce and other leafy greens, broccoli, bok choy, cabbage, as well as garlic, onions, and the like—and fruits “probably” protect against several types of cancers, including those of the mouth, throat, voice box, esophagus, and stomach. Fruit probably also protects against lung cancer. [12]

Specific components of fruits and vegetables may also be protective against cancer. For example:

A line of research stemming from a finding from the Health Professionals Follow-up Study suggests that tomatoes may help protect men against prostate cancer, especially aggressive forms of it. [12] One of the pigments that give tomatoes their red hue—lycopene—could be involved in this protective effect. Although several studies other than the Health Professionals Study have also demonstrated a link between tomatoes or lycopene and prostate cancer, others have not or have found only a weak connection. [14]
Taken as a whole, however, these studies suggest that increased consumption of tomato-based products (especially cooked tomato products) and other lycopene-containing foods may reduce the occurrence of prostate cancer. [12] Lycopene is one of several carotenoids (compounds that the body can turn into vitamin A) found in brightly colored fruits and vegetables, and research suggests that foods containing carotenoids may protect against lung, mouth, and throat cancer. [12] But more research is needed to understand the exact relationship between fruits and vegetables, carotenoids, and cancer.

Some research looks specifically at whether individual fruits are associated with risk of type 2 diabetes. While there isn’t an abundance of research into this area yet, preliminary results are compelling.

Data from the Nurses’ Health Studies and the Health Professional’s Follow-up Study show that women and men who increased their intakes of fruits and vegetables over a 24-year period were more likely to have lost weight than those who ate the same amount or those who decreased their intake. Berries, apples, pears, soy, and cauliflower were associated with weight loss while starchier vegetables like potatoes, corn, and peas were linked with weight gain. [1] However, keep in mind that adding more produce into the diet won’t necessarily help with weight loss unless it replaces another food, such as refined carbohydrates of white bread and crackers.
Gastrointestinal health

Fruits and vegetables contain indigestible fiber, which absorbs water and expands as it passes through the digestive system. This can calm symptoms of an irritable bowel and, by triggering regular bowel movements, can relieve or prevent constipation. [18] The bulking and softening action of insoluble fiber also decreases pressure inside the intestinal tract and may help prevent diverticulosis.

Wellness
Come do well with us.
We believe that achieving better health is a unique lifelong personal journey that is best achieved when people have help along the way. That goes for everyone we serve, from mid-sized companies and Fortune 500s, to college students and community residents. We also make sure that our wellbeing toolbox is abundant with the right people, programs and technology to do two key things: make wellness easier to achieve and feel like a joy ride.
Accreditations